The team is encouraging fans to forgo accustomed green attire and wear blue in an effort to avoid being confused with fans of the I-29 rival Musketeers.
The specialty blue jersey features ‘Herd’ in a cursive-style lettering on a traditional Saint Patrick’s blue backdrop accented by an off-white Irish cream and dark navy outline. Blue, three-clover shamrocks are placed on each shoulder and along the cuff of the arms in spirit of the Irish holiday.

The jerseys will be silent auctioned off on the main concourse outside sections 105 and 106 through the end of the second intermission. Proceeds benefit the Sioux Falls Area Humane Society. Winning fans will be able to meet their player and receive the jersey right off their back after the game.

The Bounce Around Inflatables Kids Zone with inflatables and games will be open from 6 p.m. to puck drop. Fans will also be able to take part in a friendly St. Patrick’s Day photo both open all game on the main concourse.

Puck drop is scheduled for 7:05 p.m. on Tuesday, March 17 and tickets are available now through the KELOLAND Box Office at the PREMIER Center.

The Stampede are on the road tonight and tomorrow for a Western Conference showdown with rival Fargo Force. Puck drop scheduled for 7:05 p.m. both nights. Fans can catch the games streaming live at HockeyTV.com or listen live on KELO Radio 107.9 FM, 1320 AM or Kelo.com. 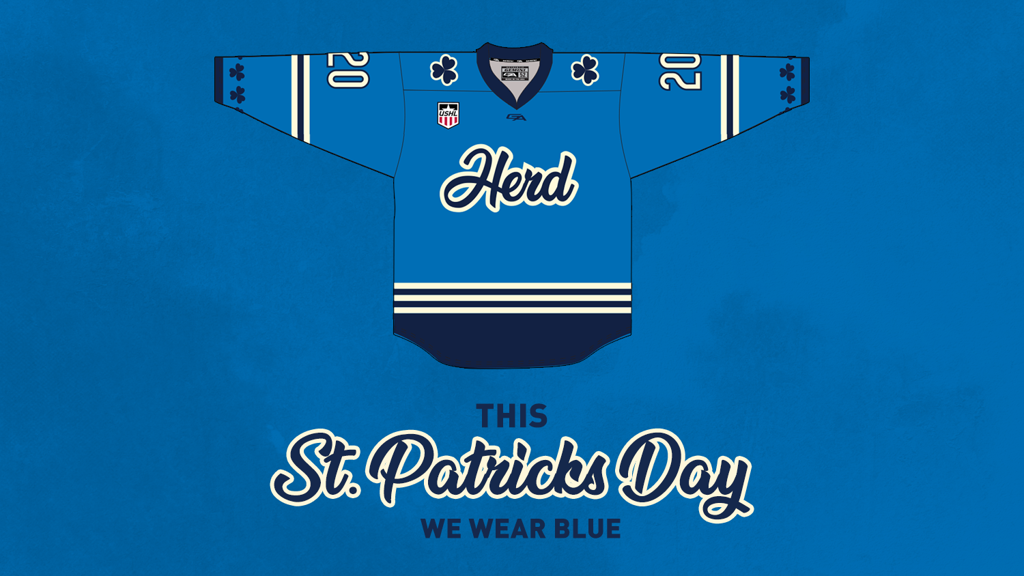