Dogs give up first goal, score next eight straight

The Omaha Lancers opened the scoring with a goal at 8:56 of the first period. The league leading rookie-scorer Ayrton Martino put a puck past goaltender Trent Burnham for his eleventh of the season, with the assists to Ryan Lautenbach and TJ Schweighardt. Wiener Dog forward Arlo Merritt took a holding penalty at 9:49 of the period and, with the Lancers on the power play, Luke Toporowski scored his ninth of the season beating goaltender Jakub Dobes to tie the game.

The Dogs went on to score seven unanswered goals: one more in the first period, two in the second and four in the third. Tyler Haskins finished the first period with the game-winning goal with 14 seconds left.

Jack Smith scored his third of the season at 7:32 and Sam Rhodes scored a goal that deflected off a defenseman’s skate into the goal at 9:24 of the second period.

Cole Sillinger tallied two goals in the third period at 6:17 and 11:17 and Reid Pabich found the back of the net at 10:17 of the third. The final goal of the night came of the stick of Toporowski past goaltender Reilly Herbst who replaced Dobes midway through the second period.

The Wiener Dogs improve to 16-15-3 on the season and sit four points back of second place in the Western Conference standings. The team will travel to Fargo for a pair of games against the Force with a 7:05 p.m. puck drop on March 5 and 6. Fans can also catch the game streaming live at HockeyTV.com or listen live on KELO Radio 107.9 FM, 1320 AM or Kelo.com. 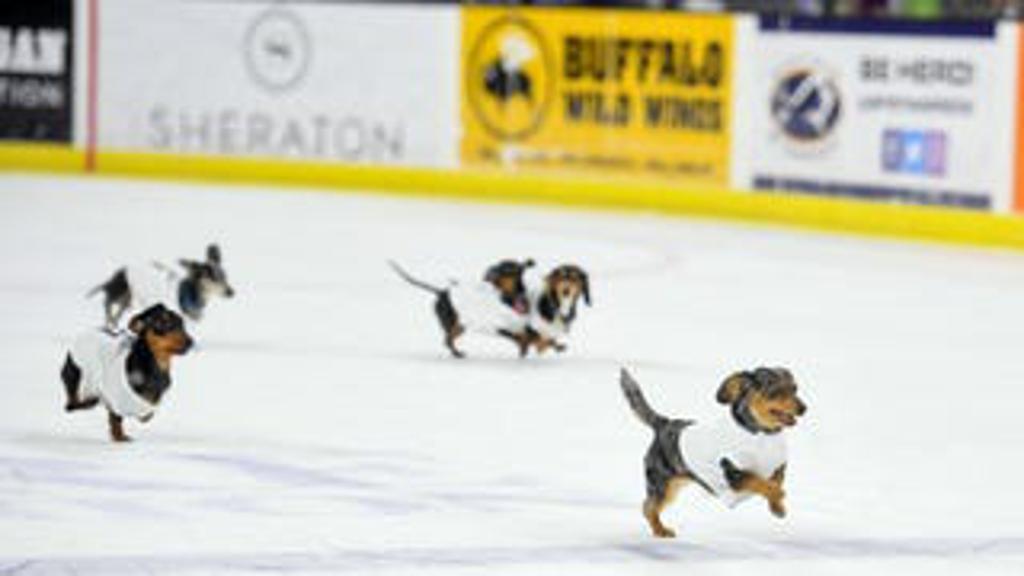