The Sioux Falls Stampede return home for a big weekend of fun at the PREMIER Center this Friday and Saturday night. Just four regular season home games remain so don’t miss out! Click here to purchase tickets now! Puck drops are 7:05 PM each night and doors will open at 6.

Friday night is The Man Salon night. The first 500 fans receive a free Stampede tall can koozie, compliments of The Man Salon. Be sure to visit their table in the main concourse and take home some Man Salon swag! Stay in your seats in the first intermission for The Man Salon Dance Off Challenge where two contestants will show off their best dance moves for a chance to take home a Man Salon gift card!

Saturday night is Fan Appreciation night. The fun starts at 5:30 PM at the Birdcage with an Easter Egg hunt for kids ages, 2 to 10. Kids can run the field for a chance to capture one of the 1,000 eggs we have on the field. After the egg hunt, head over to the PREMIER Center at 6 PM where the first 1,000 fans will receive a free Stampede team autographed poster and the first 500 fans will take home the fourth of five sets of Stampede player cards, all courtesy of Copper Cottage. The Herd will be giving away all kinds of prizes all night, including a 50-inch flat screen TV! Other prizes include:

Make plans now to join the Herd on April 16th for Sioux Empire Federal Credit Union night and the Herd’s final regular season game on Saturday, April 24th for Take-My-Jersey Night presented by First PREMIER Bank/PREMIER Bankcard. Stay tuned for more information on both of those games next week! 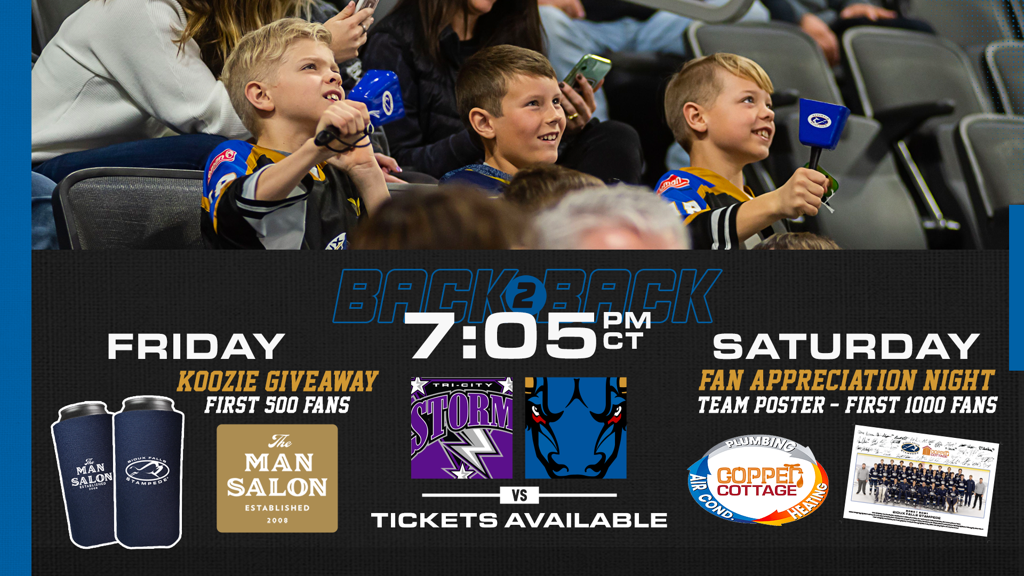