Fans are encouraged to bring new stuffed animals to the game and toss them onto the ice after the Stampede’s first goal against the Musketeers. All stuffed animals collected will be gathered, sanitized and delivered to various non-profit groups in the area including The Salvation Army, the Children’s Inn and Volunteers of America. Help us spread some cheer to children in the community by bringing a stuffed animal to the game.

Friday will also mark the second to last home game of the season for the Stampede so don’t miss your chance to see the Herd in action against their I-29 rivals from Sioux City.  Stay in your seats in between periods for the Graham Tire, Tire-Roll and for Score-O, presented by East 10th Street and Brandon Pizza Ranch. 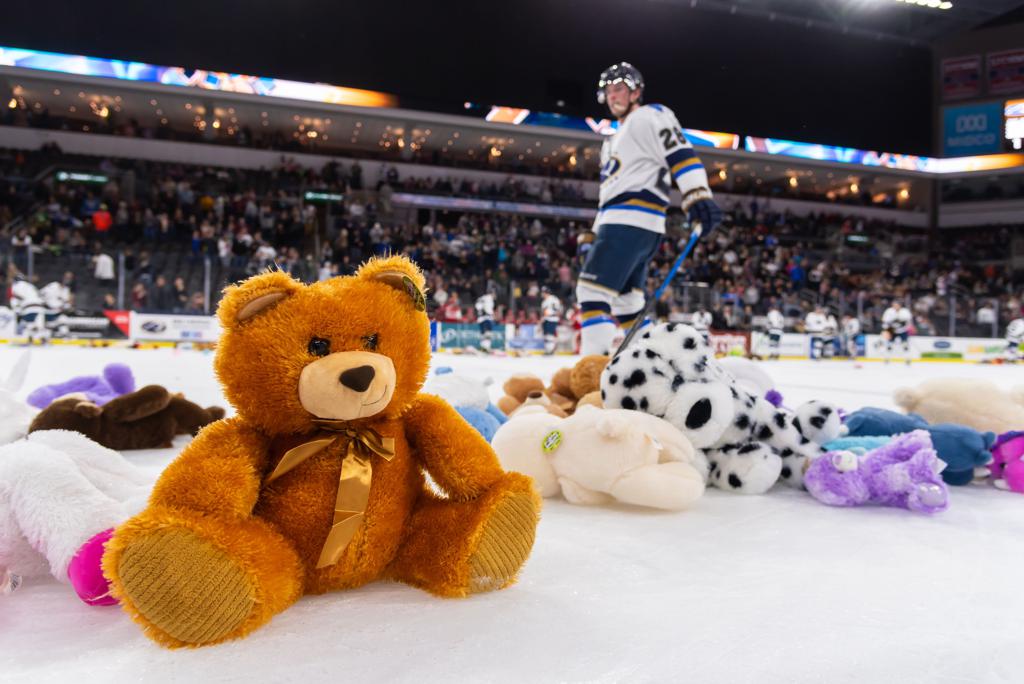