Sioux Falls, SD---The Sioux Falls Stampede are excited to announce that tickets for the home opener on Saturday, October 9th against the Lincoln Stars at the PREMEIR Center are now on sale. Click here to purchase tickets online. Puck drop is slated for 6:05 PM and doors will open at 5 PM. The club encourages everyone to Be PROUD. Be LOUD. Be HERD!

The Stampede will host a tailgate party from 3:30 to 4:45 PM outside the Birdcage, across from the PREMIER Center. Bouncy houses and lawn games will be available for kids of all ages plus the first 200 fans will receive a FREE hot dog!

Doors will open at 5 PM and the first 1,000 kids 12-and-under will receive a FREE Stampede replica jersey, compliments of First PREMIER Bank/PREMIER Bankcard. The famous “Mr. Twister” will be on hand from 5-7 PM with free balloon animals for children of all ages. Kids can also take part in a special hockey scavenger hunt around the PREMIER Center for a chance to win Stampede prizes.

Fans should make sure to be in their seats by 6 PM as the entire 2021-22 Stampede roster will be introduced during a special pre-game ceremony. Sioux Falls mayor Paul TenHaken will drop the ceremonial first puck along with long-time season ticket holder, Don Westberg.

Those attending are also encouraged to bring their skates with them and join the players on the ice immediately following the contest versus Lincoln for a post-game skating party. For 30 minutes, fans can skate on the PREMIER Center ice with the players and get autographs. Several players will be made available off the ice as well for autographs in the main lobby for non-skating fans.

The Herd continue preseason play this weekend with a home-and-home series with Fargo. On Friday, Sioux Falls will travel to Fargo to face the Force at 6 PM at Scheels Arena. The Stampede will host their only preseason home game on Saturday with a 7:05 PM face-off against the Force inside the Scheels IcePlex. Tickets will be available for just $10 or free with a season ticket for the 2021-22 season.

Over the next few weeks, the club will be announcing special promotional nights that will take place during the season. For season membership, group and suite outings, contact the Stampede office at 605-275-4625. 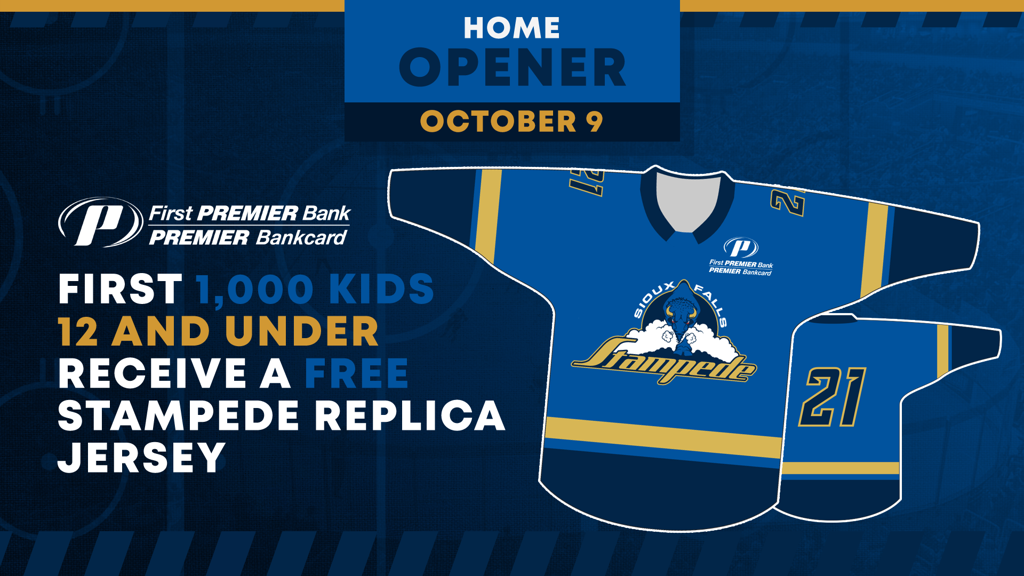