Sioux Falls, SD—The Sioux Falls Stampede announced Wednesday that they have acquired forward Michael LaStarza from the Waterloo Black Hawks in exchange for Ray Fust, a Phase I second round pick and a Phase II 4th fourth round pick in 2022.

LaStarza should bring some offensive help to the Herd. The Montreal, Quebec native led the Black Hawks in scoring this season with 22 points (8G, 14A) in 25 games. Two of his eight goals have come on the power play and he was tied for the team lead in goals and assists. He was recently listed as a potential third round selection in the 2022 NHL Draft by NHL Central Scouting in their midterm rankings released Wednesday.

LaStarza is already committed to Boston University and will wear #9. He is expected to be in the lineup this Friday when the Herd host the Lincoln Stars at 7:05 PM. It will also be his 18th birthday that night. Friday is Hockey Mom Night with the Stampede as we honor some of the best Hockey Mom’s in the area. Saturday is Hockey Day South Dakota with three games during the day and ending with the Stampede hosting Omaha at 6:05 PM. Tickets are on sale now through Ticketmaster or calling the Stampede office at 605-275-4625. 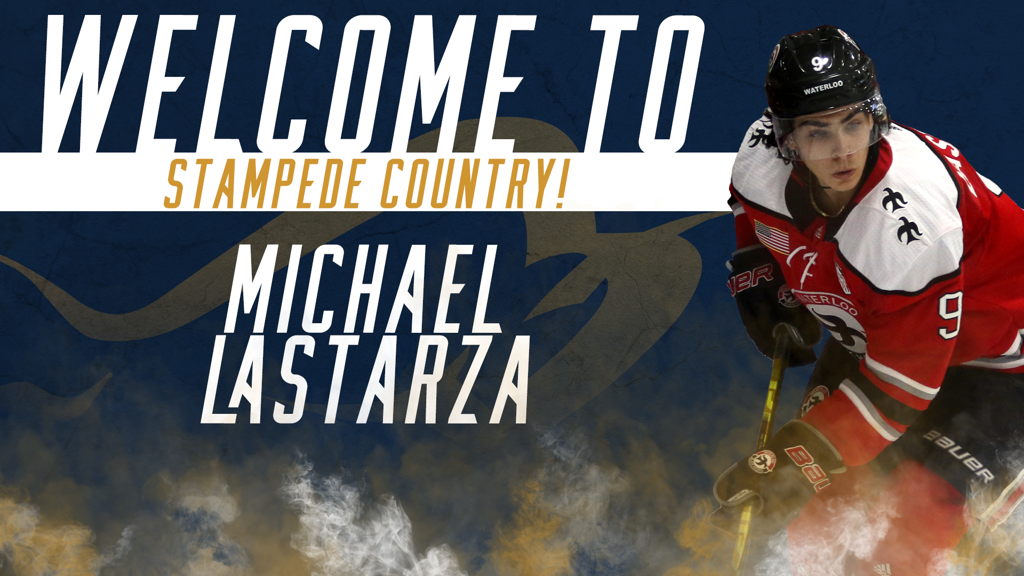