The Stampede close out at a three-game weekend with a home date against I-29 rival Sioux City at 4:05 PM today (Sunday). Today is a make-up game of February 5th when the game against the Musketeers was postponed due to ice issues at the PREMIER Center. Fans with printed tickets should use tickets labeled February 5th for the game. Those with digital season tickets will not need to do anything as today’s game will automatically appear in your account.

Youth hockey is the theme of the day as fans will be entertained in between periods with Okoboji mites and Sioux Falls Flyers Atoms games. Don’t forget to bring your skates to the game as you can skate with the team for 30 minutes after the conclusion of the game. Players will be skating with fans and signing autographs. For non-skating fans, several players will be made available off-ice to sign autographs at the conclusion of the game.

Last night, the Stampede were the Fighting Wiener Dogs and improved to 4-0-0 all-time as the Wiener Dogs, as they blasted the Omaha Lancers by a score of 6-1. Sam Harris tallied two goals while Maddox Fleming and Dan Russell tallied a goal and two assists each. Brandon Chabrier and Karsen Dorwurt tallied a goal and an assist each and Noah Grannan earned the win in between the pipes, stopping 17 of 18 shots.

The Dogs scored twice on the power play and twice shorthanded in the victory to pull within one point of seventh place Des Moines and eight points back of sixth place Fargo.

Today marks the final home game until March 11th for the Stampede who will travel to Kearney for a weekend series with Tri-City this upcoming weekend and then head to Fargo and Omaha the following weekend. Sioux Falls will host Des Moines on March 11th and Sioux City on March 12th for Stomp’s Birthday Bash, presented by Dental Solutions. Tickets for both games are on sale through the PREMIER Center or Ticketmaster. 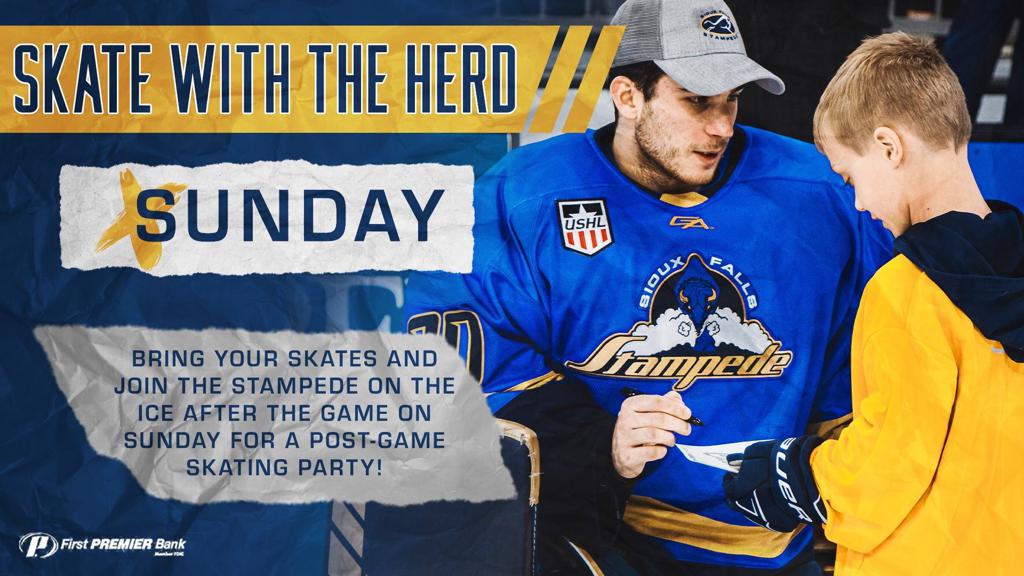