The Stampede are throwing the biggest Birthday Party in town this Saturday for Stomp’s Birthday Bash! Doors open at 5 PM and you’ll want to arrive early because the first 1,000 fans receive a FREE Stomp bobblehead, compliments of Dental Solutions! Click here to purchase tickets now! Don't forget to bring your skates and stick around for the post-game skating party with Stampede players!

Once in the building, you can take part in all the fun, including:

Don’t miss the biggest birthday bash of the year and join us for Stomp’s party this Saturday. Doors open at 5 and puck drop is at 6:05 PM against I-29 rival, Sioux City! 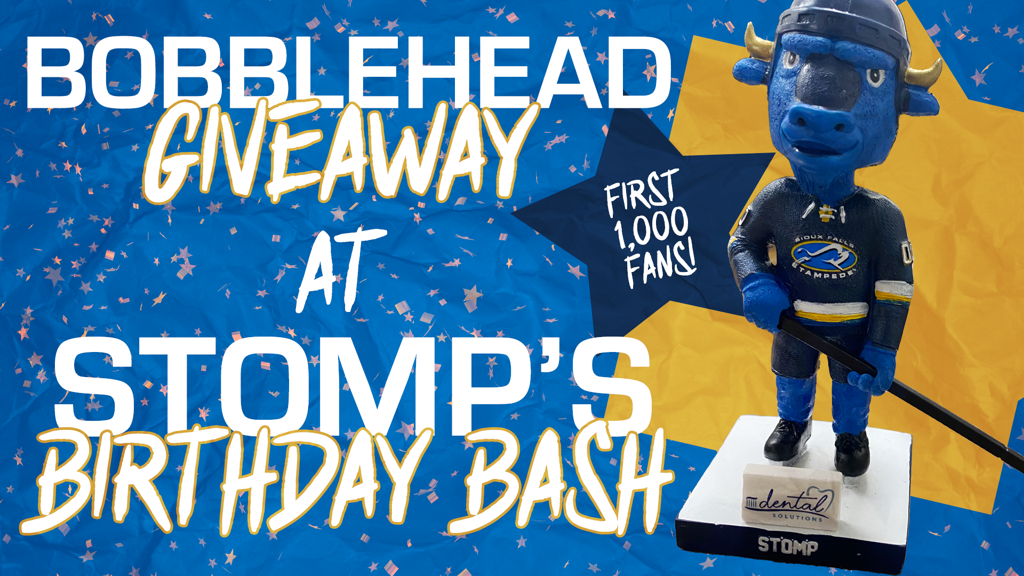