Sioux Falls, SD – The Sioux Falls Stampede made 19 selections in the 2022 USHL Phase II Draft on Tuesday afternoon. The club selected 11 forwards, five defensemen, and three goaltenders to compete for a roster spot for the upcoming season. Players drafted must have been born in 2002 or later.

The Herd’s first selection was initially set to be the second overall, but Sioux Falls made a trade with the Youngstown Phantoms at the start of the draft. In exchange for the early pick, the Herd received two second-round picks later in the day as well as a first-round Phase II pick in 2023.

“There was a large group of players we felt were available in that range, and it was appealing for us to generate as many draft picks as possible to help us both now and in the future,” said Head Coach Marty Murray, “At the end of the day, we were really happy with the picks that we made. We were able to get the players that we were targeting as well as assets moving forward.”

Assistant Coach and Director of Scouting Riley Colvard added, “It was better to move down in the draft and accumulate more picks in the first two rounds. We received good news about kids that were returning for next season that made a move like this possible.”

Sioux Falls obtained Youngstown’s first round pick 14th overall and selected Heron Lake, MN native Hobie Hedquist. The 6-foot-2, 19-year-old netminder played in Sioux Falls from 2017 to 2020 for the Sioux Falls POWER 16U. Most recently, he recorded a 28-9-5 record with the Alberni Valley Bulldogs of the BCHL, where he averaged a .909 SV% and 2.53 GAA in 42 games played. The University of North Dakota commit’s five shutouts over the course of the season was ranked second-most in the league.

After obtaining an additional pick from Youngstown in the trade, the Stampede had three selections to make in the second round. The first, going 17th overall, was forward Javon Moore from Minnetonka, MN. Playing for Minnetonka High School, Moore led the team in points (37) and goals (17) in 27 games played at just 16 years-old.

The Herd’s final second-round selection was defenseman Brady Yakesh at 24th overall. The Delano, MN native and University of Minnesota commit served as co-captain of Benilde-St. Margaret’s School where he tallied 10 goals and 32 assists in 28 games. He led the team in +/- rating with +54, as well as in assists. Yakesh helped lead the team to a 22-6-0 record, the team’s first 20-win season in six years and was named to the Minneapolis Star Tribune All-Metro team.

With their third-round selections, Sioux Falls picked forwards Ryan Gordon and Nick Ring. Gordon,19, was teammates with Minnehan on the Northeast Generals. The 6-foot, Duluth, GA native, registered 53 points (22 G, 31 A) in 57 games and was ranked second in team scoring behind Minnehan. Ring, hailing from Hingham, MA, tallied 10 goals and 26 assists in 56 games with the New Jersey Jr. Titans of the NAHL. The University of New Hampshire commit played for the Boston Advantage in the 2020-2021 season, where he put up 13 goals in 43 games.

Defenseman Aiden VanRooyan, a South Dakota native from Dakota Dunes, was the fifth-round pick for the Stampede. The 6-foot-2 blueliner recorded 2 goals and 16 assists in 53 games with the Bismarck Bobcats of the NAHL, and his +26 rating led the team.

Jack Phelan of Hinsdale, IL was the seventh-round selection for the Herd. The 17-year-old 6-foot-4 defenseman tallied a goal and eight assists in 17 games with the Chicago Mission 18U AAA, and spent time in the NAHL with the North Iowa Bulls where he put up two points in 12 games at the blue line.

Sioux Falls selected two more forwards in rounds nine and ten. Parker Lalonde, the 125th pick overall and Aberdeen, SK, CAN native, put up 41 points (18 G, 23 A) for the Powell River Kings of the BCHL. The Minnesota State Mankato commit led the team in points, assists, and goals. Josh Giuliani (140th overall) is coming off a strong championship run with Maple Grove High School. The Plymouth, MN native captained the Crimson to the State Class AA Tournament Championship game, scoring a hat trick before falling to Andover in the second overtime. Giuliani had eight goals in three state tournament games, and 61 points (31 G, 30 A) in 27 regular-season games for Maple Grove, leading the team in scoring.

Calgary, AB, CAN native Max Heise, a forward for the Calgary Flames U16 AAA, was the 11th-round selection for Sioux Falls. The 6-foot-1, 16-year-old, recorded 19 goals and 21 assists in 31 games, ranking third on the team in points.

The Stampede selected their third goalie at 170th overall. Gustave Bylin, from Montclair, NJ, had a 3.09 GAA and a .904 SV% in 41 games for the Sherwood Park Crusaders of the AJHL as well as two shutouts.

They returned to the blueline with their 13th-round selection, St. Albans, VT native Owen Benoit. The 17-year-old, 6’3 defenseman most recently played with the Maine Nordiques 18U AAA where he recorded 11 points (4G, 7A) in 42 games played with a +17 rating.

Sullivan Scholle, selected in round 16 by the Stampede, put up 38 points (20G, 18A) in 19 games as the captain of the Chaska High School Hawks in the 2020-2021 season. The 5-foot-10 forward most recently tallied seven goals and nine assists in 22 games for the New Mexico Ice Wolves of the NAHL.

The last selection the Stampede would make in the 2022 USHL Phase II draft came in round 18. Defenseman from Heron Lake, MN and brother of first-round pick Hobie Hedquist, Hayden Hedquist, has been playing in Sioux Falls since 2019. Most recently, the 6-foot-3, 15-year-old, blueliner has registered three goals and four assists in 40 games with the Sioux Falls POWER 16U AAA.

All the players selected in the draft will be invited to the Stampede’s tryout camp which will take place in early June. They will be joined in camp with Phase I draft selections as well as players from the Stampede’s affiliate list, returning players and special invite players. Dates and times for the camp will be released in the coming weeks. Stay tuned to sfstampede.com and follow the Herd on social media @sfstampede for more information. 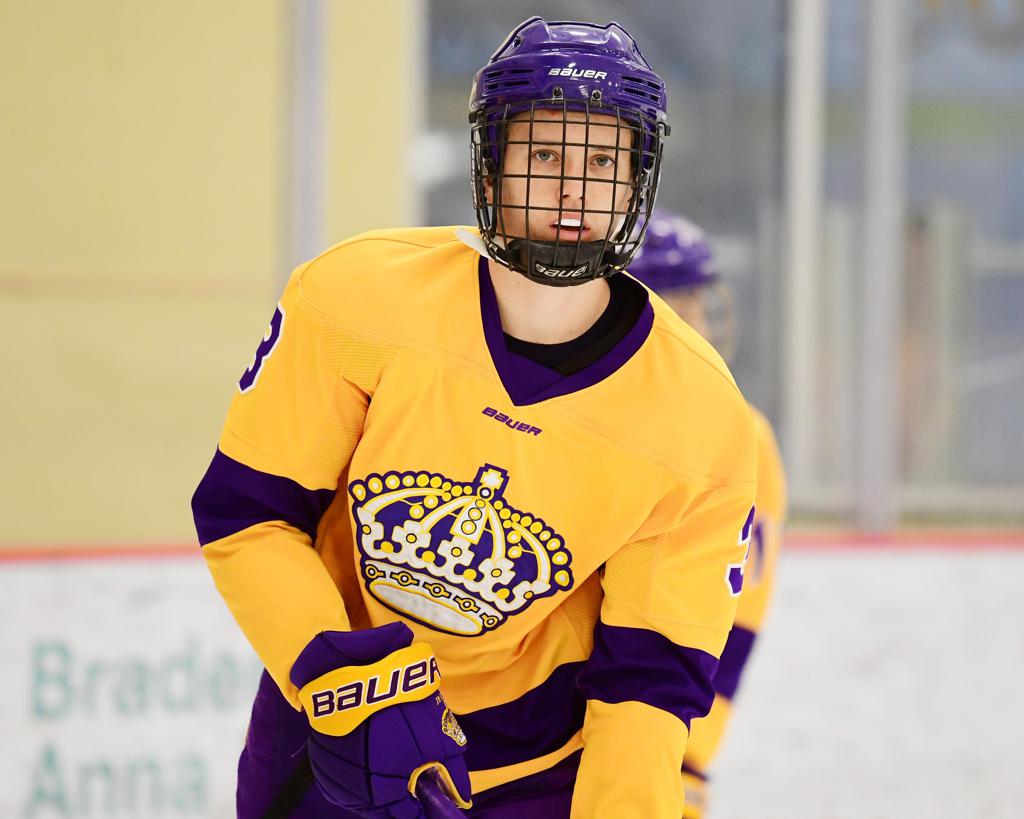 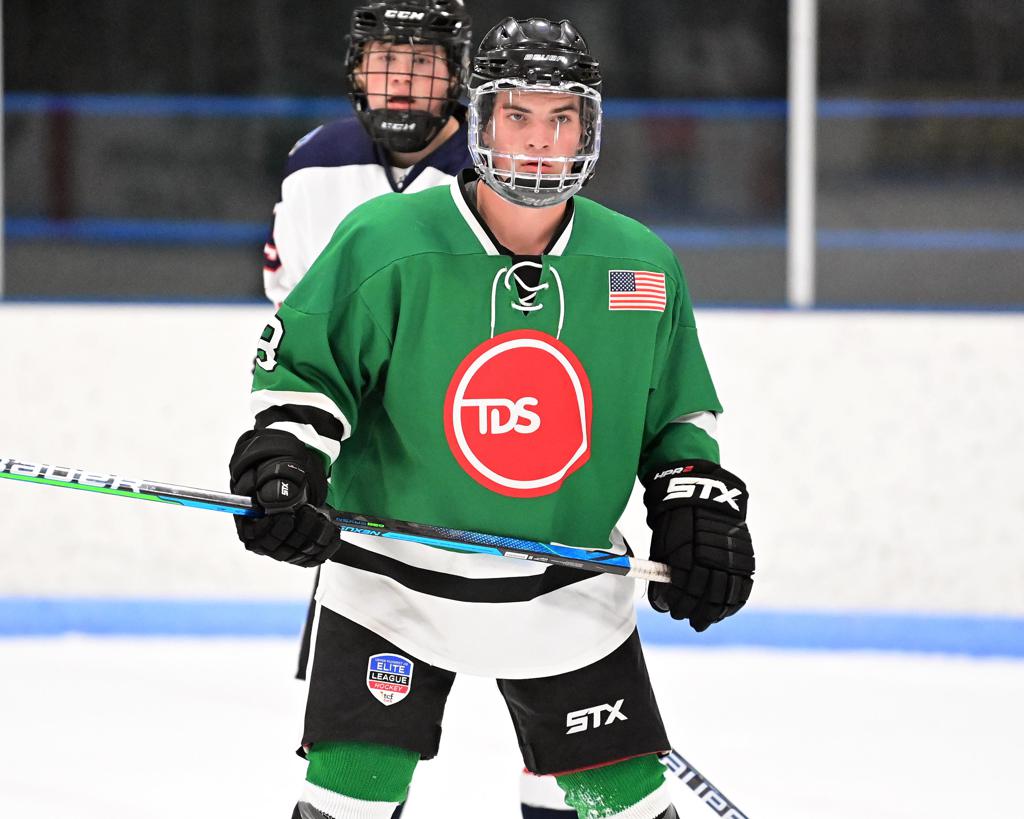 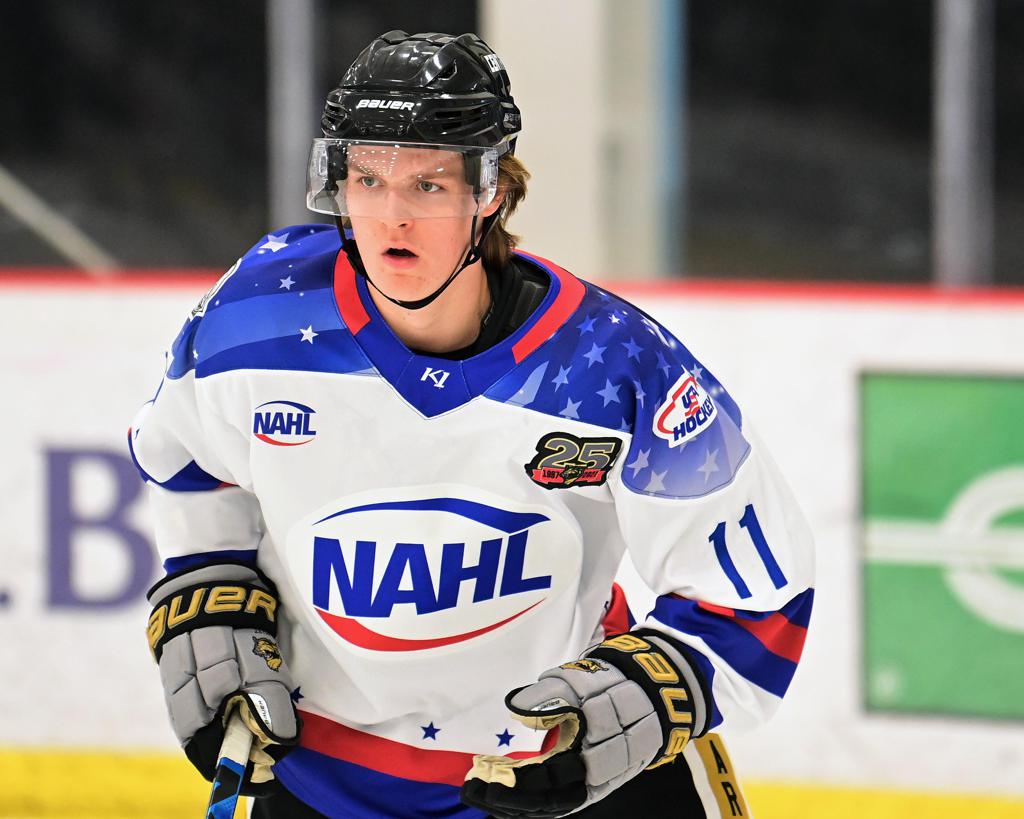 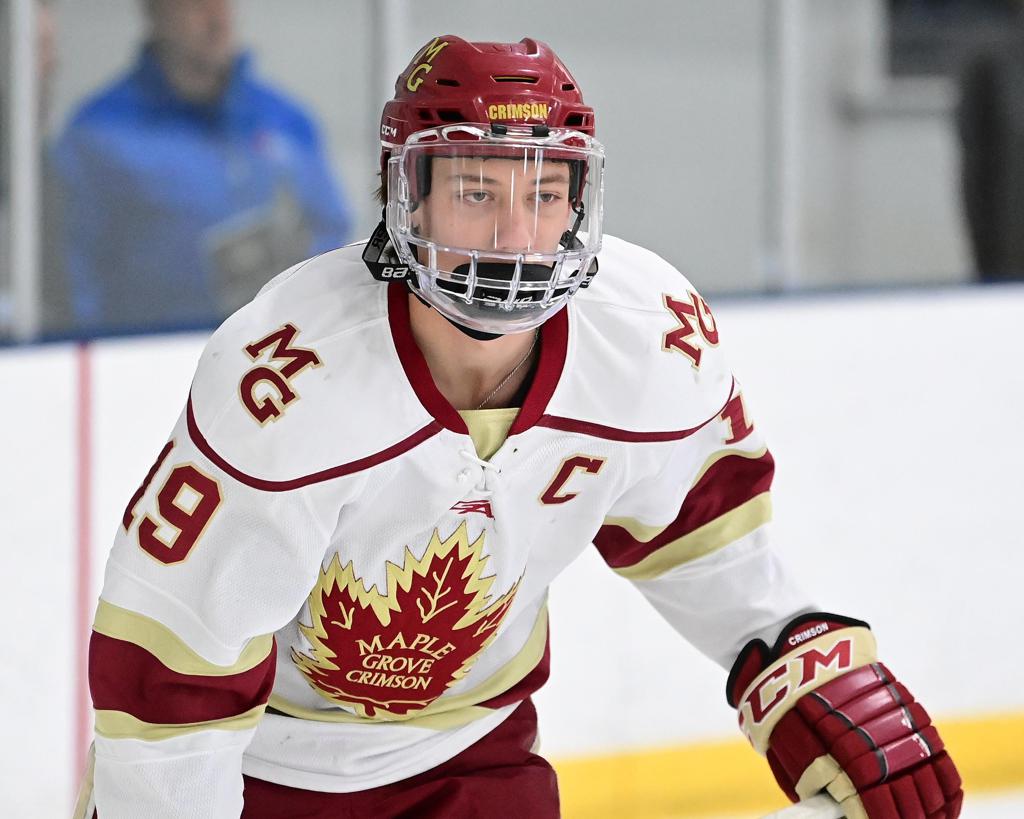 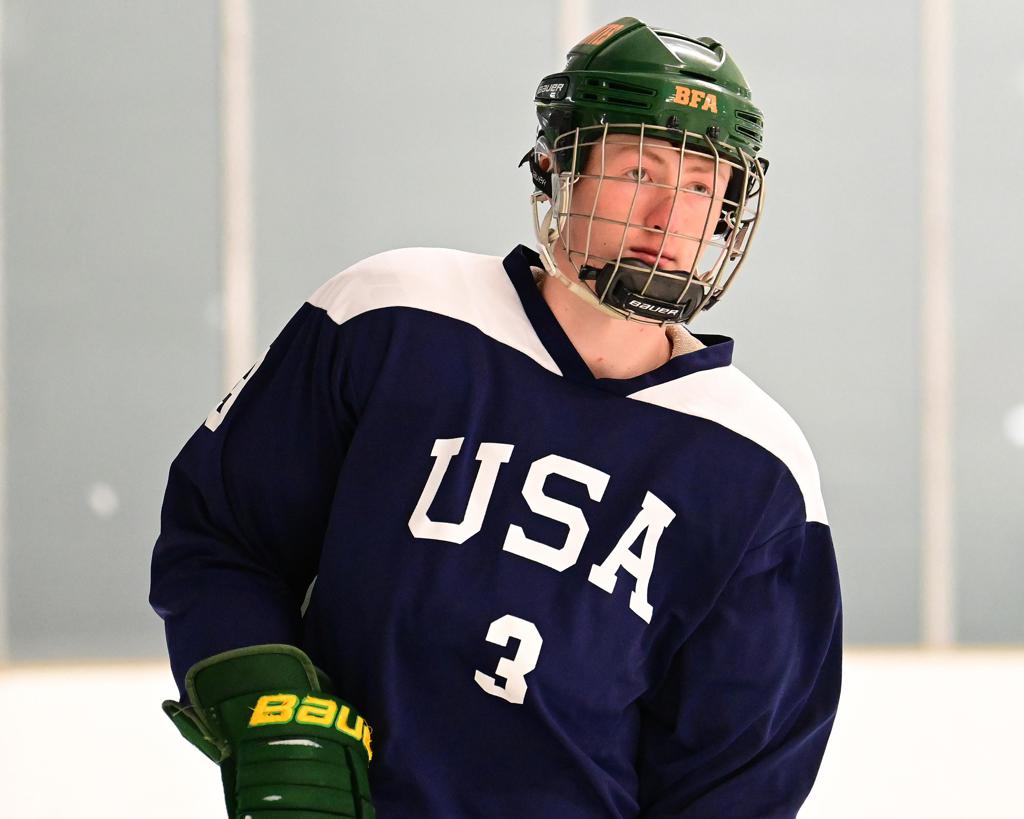 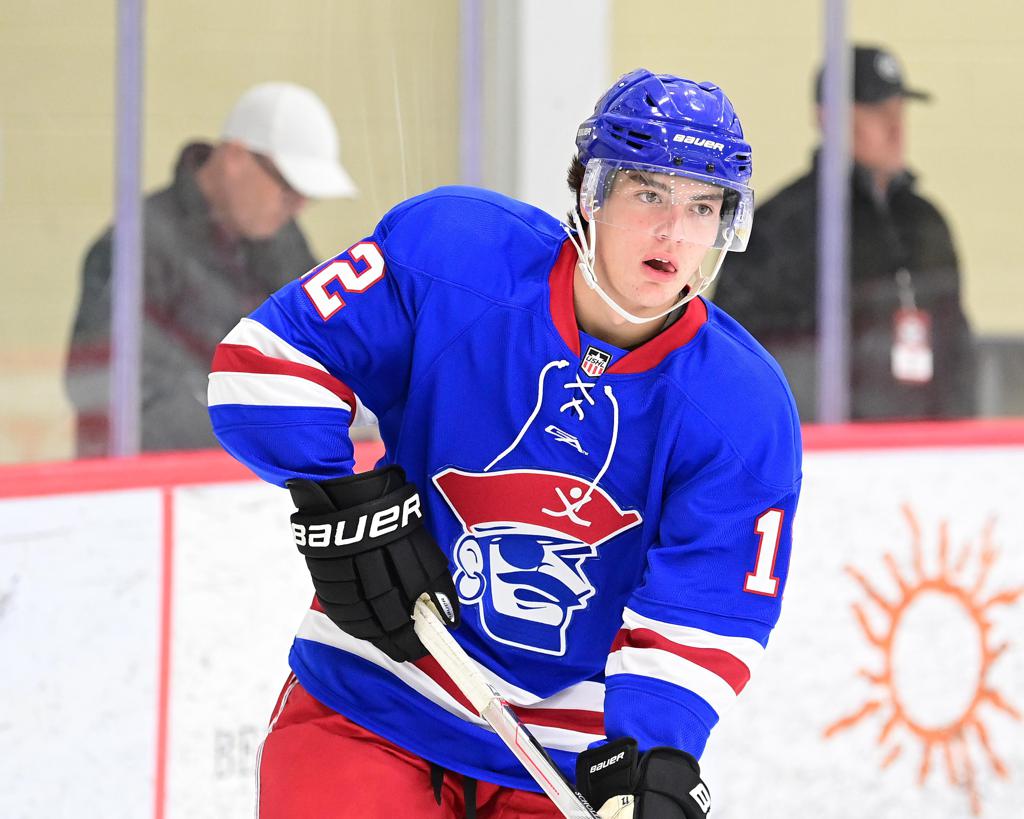 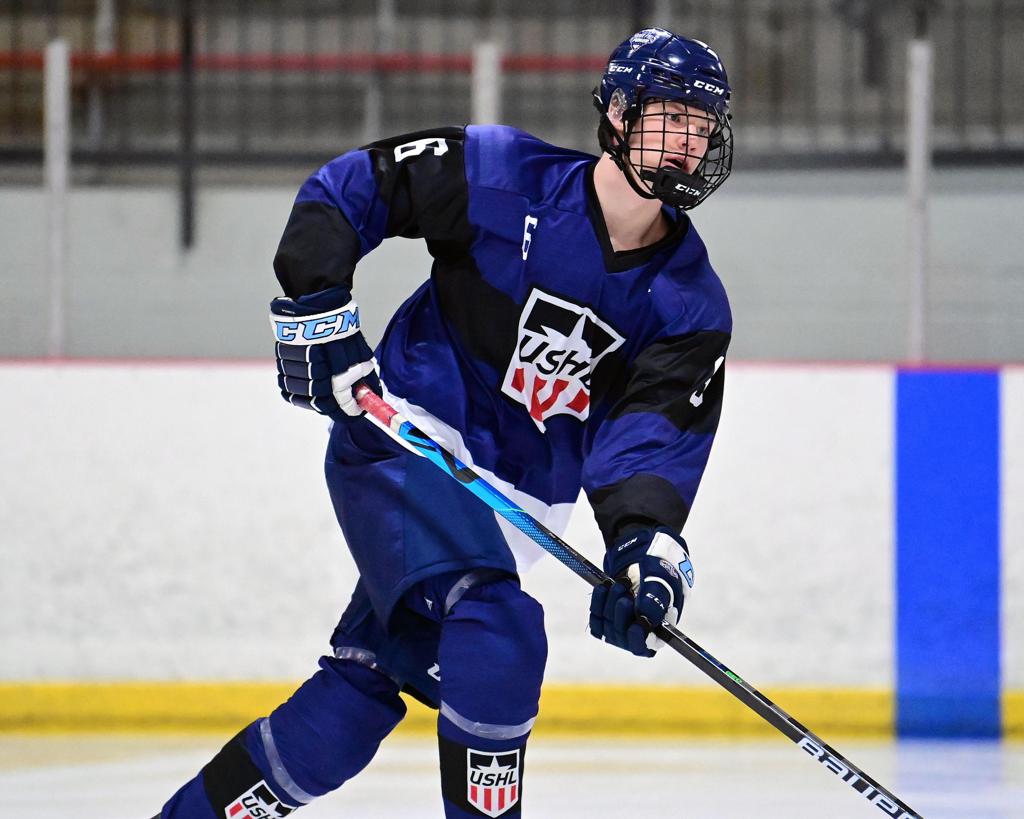