A game filled with stingy defense and good goaltending for both sides was the story of this one. Kason Muscutt (Dallas Stars U16) gets Team Green out to an early lead just six minutes into the game. Grant Winkler (Duluth East High School) and Anthony Cardilli (Mount St Charles U16) get the primary and secondary assists. Green would end up taking that 1-0 lead into the intermission.

Team Navy would respond just three minutes into the second half to make the game even at 1-1. Brock Behrend (Luverne) gets the goal and assists are credited to Connor Miller (Ohio Jr Blue Jackets U18) and Owen Witt (West Fargo HS).

Team Navy had a good chance to take the lead on a penalty shot goal from John McNelis (Little Caesars U15), but Gavin Renwick (Neepawa Titans) was able to make the save. Navy kept putting on the pressure late, but neither team scored in the final 25 minutes of play to break the tie.

This game stayed close as neither team separated themselves from the other. Team White finds the back of the net first with an unassisted goal from Ivan Zadvernyuk (La Jr Kings U18). Team Gold ties it up before the half with a slick blue line wrister from Hudson Gill (Burlington Eagles U16), assist to Zack Sharp (Chicago Mission U16).

Team Gold jumped out to a 2-1 lead after the half with a goal from Brady Ingebritson (Hill Murray), with assists coming from Alex Gelhar (Hastings HS) and Shawn Duan (PAL Jr Islanders Elite). Team White would end up scoring two more goals before the final horn. William Dosan (West St Paul) tied the game at 2-2 on a 2-on-1 breakaway, the assist from Justin Kingery (Prior Lake HS Varsity). The GWG would be scored by Brendan Martin (Chicago Fury U18), the assists to Connor Pirsig (Albert Lea) and Karsen Dorwart (Sioux Falls Stampede).

Neither team could find a rhythm in the first half as we went scoreless into the intermission. Starting goalies Adam Stevenson (Phoenix Jr Coyotes U16) for Team Red and Liam Sebek (Ohio Jr Blue Jackets U18) for Team Sky Blue faced a flurry of shots, but were able to stop them all.

With 21:15 remaining in the second half, Sky Blue was the first team to find some twine as Ryan Gordon (Northeast Generals) scores with assists from Jaxon Grosdidier (Northstar Christian Academy U18) and Clint Levens (Sioux Falls Stampede).

Nolan Nenow (Jamestown HS) of Team Red got them back in it with an assist from Jaksen Panzer (Sioux Falls Stampede), but all the following SOG for Team Red were swallowed by the goalie.

Team Sky Blue kept the pressure on in the final two minutes as Jaxon Grosdidier (Northstar Christian Academy U18) sneaks one past the goalie, assisting him on the goal was Ryan Gordon (Northeast Generals).

A long pass from Paul Minnehan (Northeast Generals) from his own zone sprung Daniel Bagnole (Chicago Fury U18) for a breakaway to give White a 1-0 lead earl on. Navy answered back with a quick tally moments later from Ryan Arnold (Sherwood Park Crusaders), with assists from Javon Moore (Minnetonka Skippers) and Zach Nehring (Shattuck St. Mary's U16). They would go to the locker room in a 1-1 tie.

Navy would notch another goal several minutes into the second-half of play, scored by Muscutt with helpers from Nenow and Jack Kurrle (Maine Nordiques). With less than a minute left, Kurrle would make it a 3-1 game with an unassisted empty-net goal.

Klassen started in net for White until 11:10 remaining in the first half, when he was replaced by Heil. Manzella played between the pipes for Navy.

A goal by Zadvernyuk right off of a faceoff, with an assist from John Hirschfeld (St. Cloud Cathedral High School), put Navy on the board first, allowing them to go into the locker room with a 1-0 lead halfway through play.

Gold would get on the board later on in the second half, thanks to a tally from Brett Tataryn (OCN Blizzard), with assists from Joshua Giuliani (Maple Grove Senior High) and Nathan Whipkey (Philadelphia Jr. Flyers U16).  Tataryn would add an unassisted goal soon after to tie the game at 2-2.

The game would remain tied 2-2, going into a five minute 3-on-3 overtime. The overtime was short-lived as Gold's Tanner Bruender (Chaska High School) skated fast to cut across the net and flipped the puck over the Navy netminder. The assist went to Dorwart.

In net for Gold during the entirety of play was Stevenson. Hedquist began in net for Navy until 23:05 remaining in the second half of play, when Johnson took his place between the pipes. 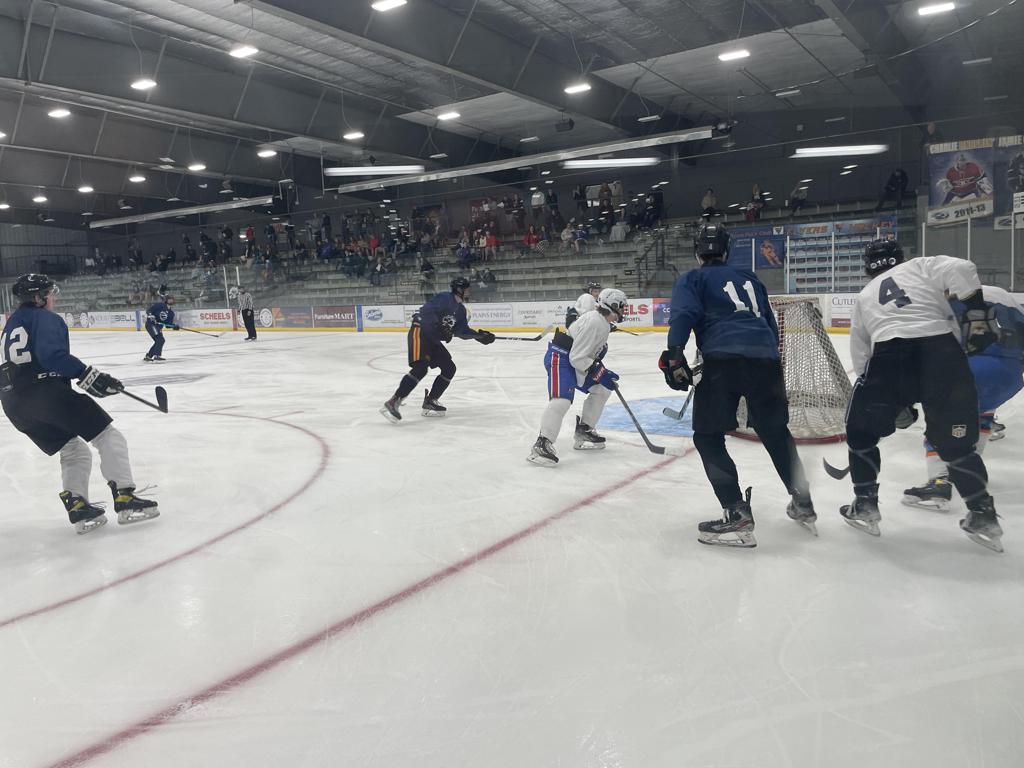 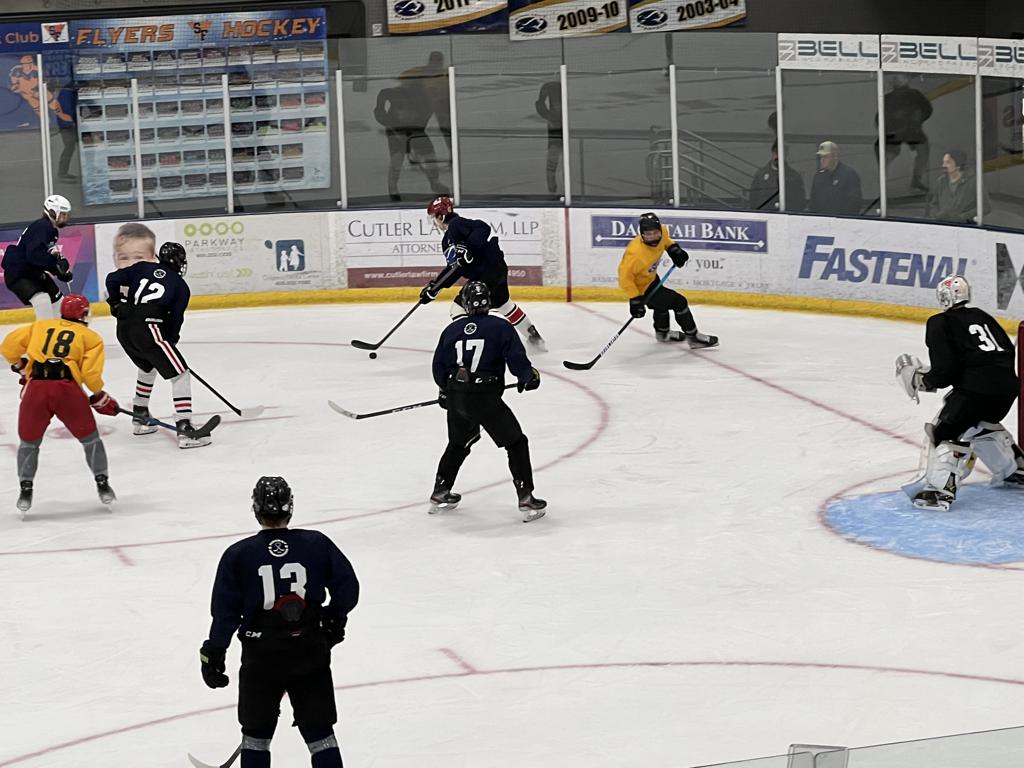 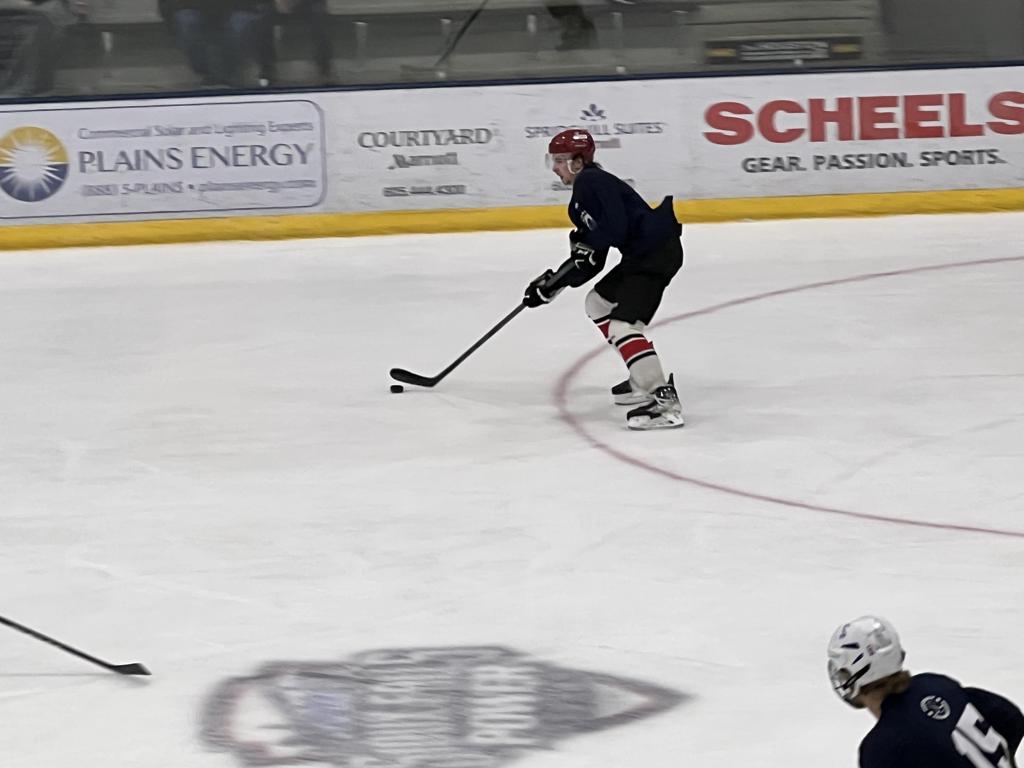 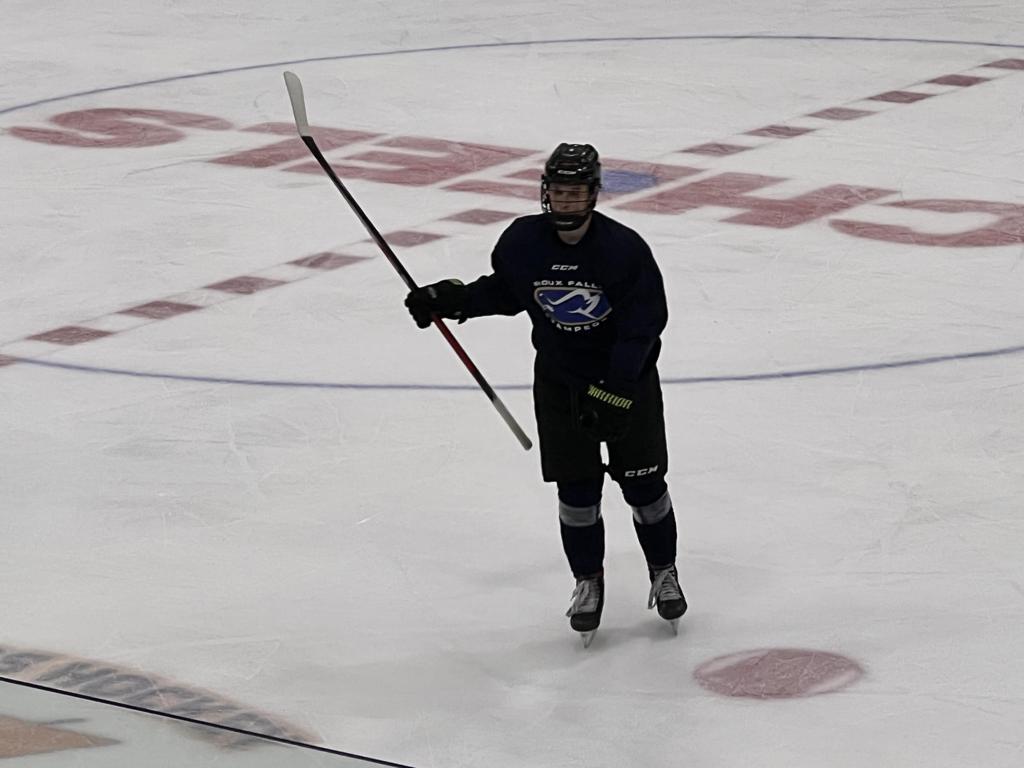 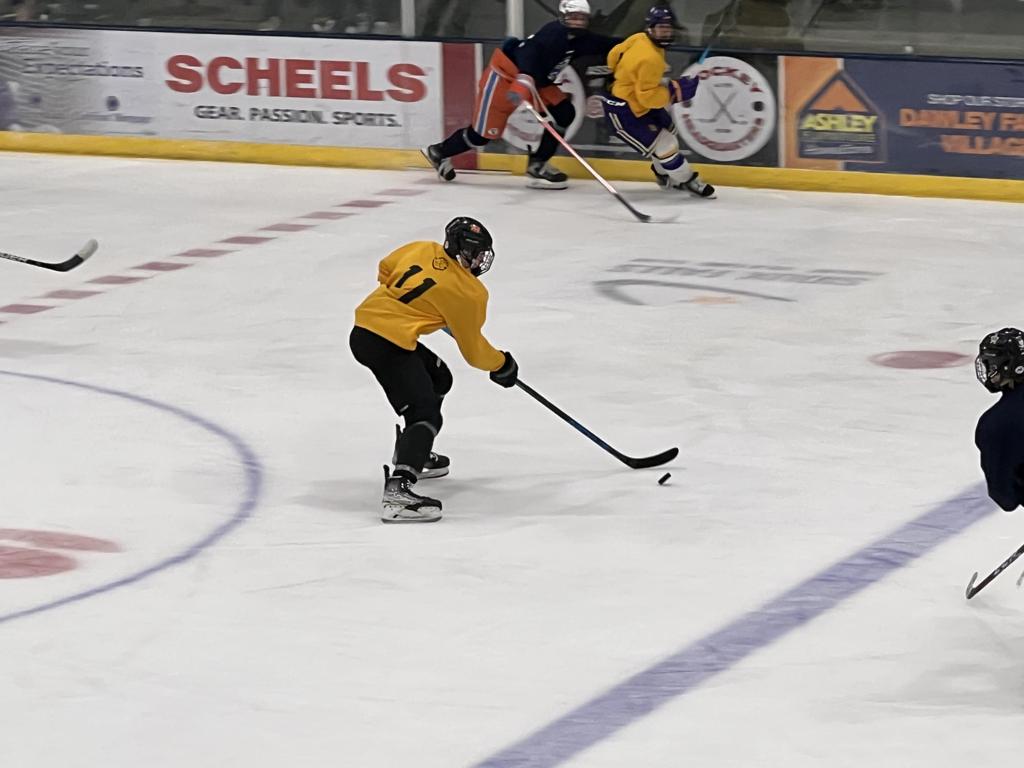