Merril Steenari (Sioux Falls Stampede) kicked things off for White with a shot in the slot that found its way past Navy netminder Hobie Hedquist (Port Alberni Bulldogs) with 9:03 remaining in the first period. The assists on the tally went to Simon Houge (Cretin Derham Hall) and Paul Minnehan (Northeast Generals). They added another goal less than a minute later, this one a rebound in front of the net scooped up by Tanner Bruender (Chaska High School) with helpers from Grant Dillard (Bishop Kearney Selects U15) and Jack Phelan (North Iowa Bulls). White went into the locker room after 20 minutes with a 2-0 lead.

Navy put themselves on the board with 11:15 remaining in the second period after a well-placed pass from Tory Lund (Sartell High School) to Daniel D'Alessandro (Long Island Gulls U16) in the slot. The secondary assist went to Owen Benoit (Maine Nordiques U18). They added another tally just 16 seconds later with a goal from Anthony Cardilli (Mount Saint Charles U16), the assist credited to Harrison Smith (Florida Alliance U15). After forty minutes, the game was tied at 2-2.

Navy took their first lead of the game 3:01 into the third period with a goal from Jaksen Panzer (Sioux Falls Stampede), the helpers on the goal coming from Jack Silich (Sioux Falls Stampede) and Jackson Smithknecht (St. Michael-Albertville Varsity). White tied it back up quickly less than two minutes later with a goal from Dillard, the helpers coming from Nolan Nenow (Jamestown High School) and Hayden Hedquist (Sioux Falls Power U16).

With 8:01 remaining in the final fram, Nenow had an unassisted tally when he muscled the puck off a Navy player and went in alone to sneak the puck past Navy's netminder. White would make it a 5-3 game almost four minutes later with a shot from Aiden VanRooyan (Bismarck Bobcats), the helpers coming from Jack Reimann (Sioux Falls Stampede) and Ryan Gordon (Northeast Generals). Navy pulled their goaltender toward the end of regulation time, but couldn't come back from the two-goal deficit.

Starting in net for Navy was Hedquist, while Caleb Heil (Sioux Falls Power U16) started between the pipes for White. With 10:23 remaining in the second frame, both teams swapped goaltenders. Ryan Manzella (Sioux Falls Power U18) stepped into the net for White, while Adam Stevenson (Phoenix Jr. Coyotes U16) went in for Navy. 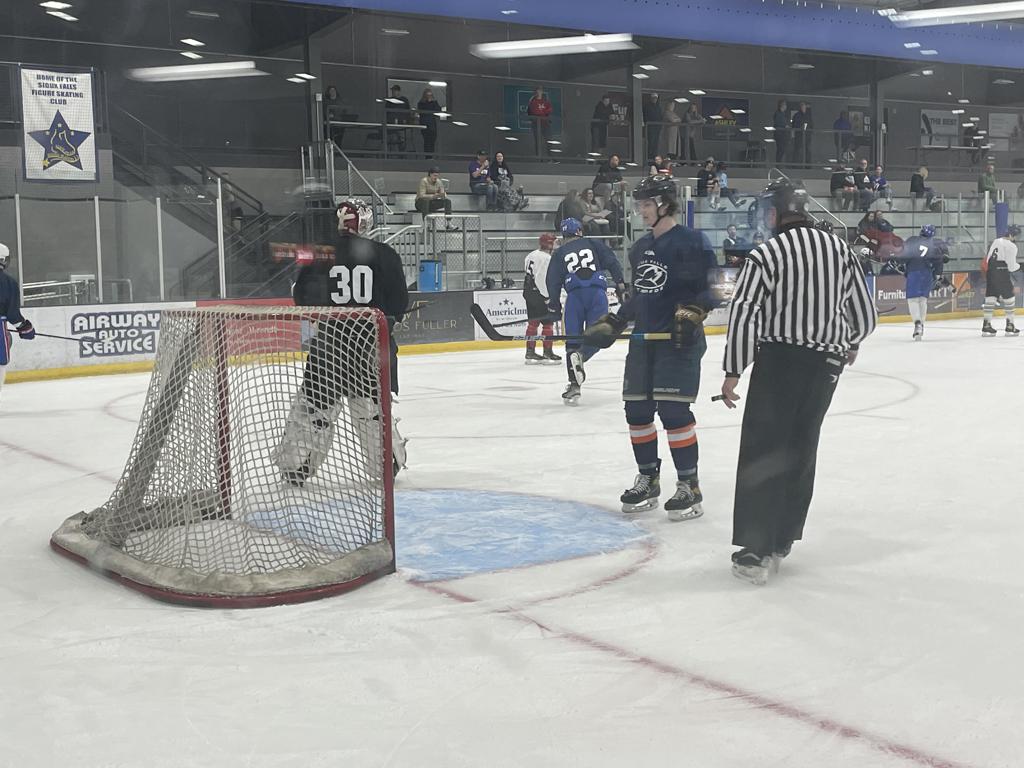 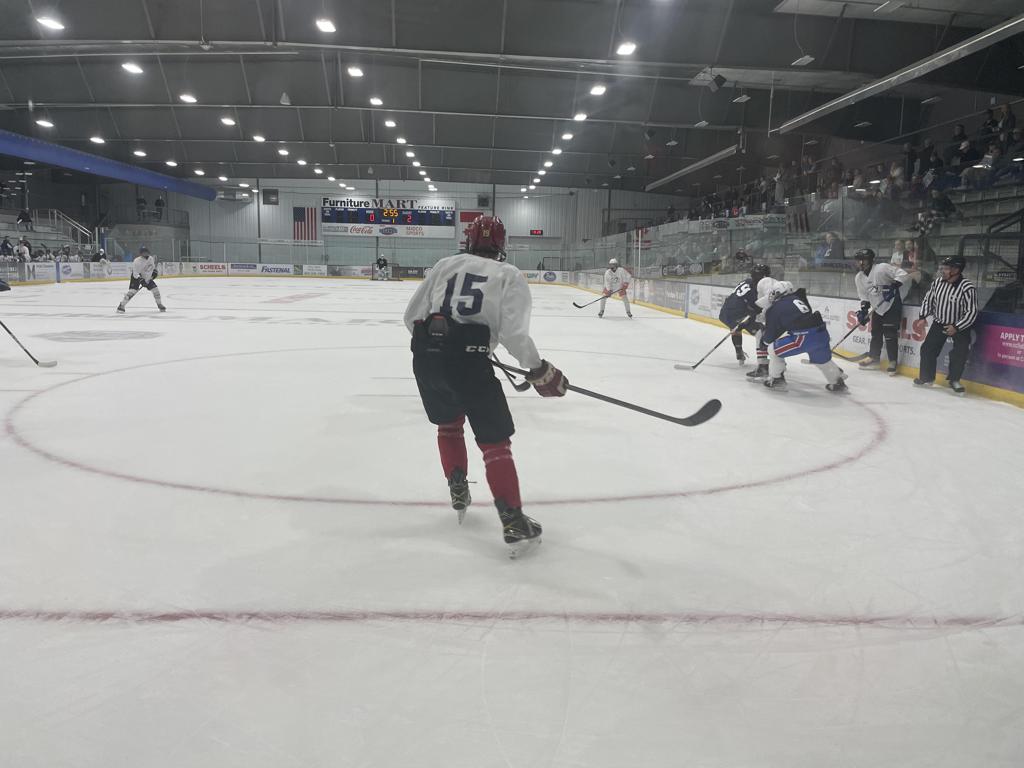 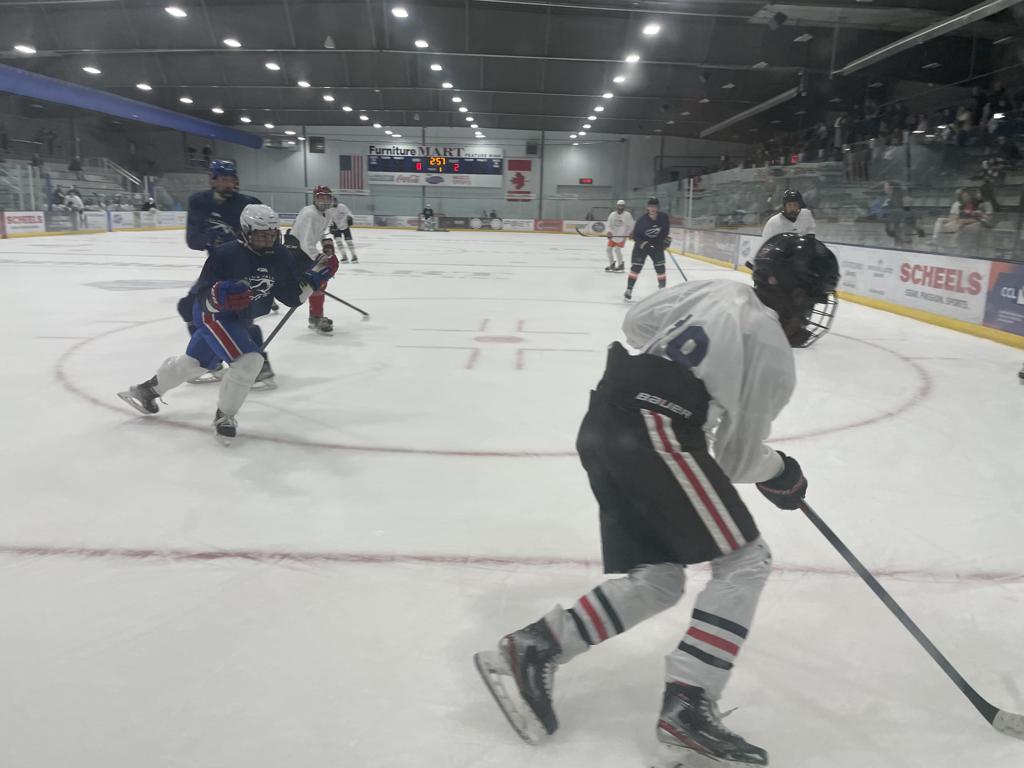 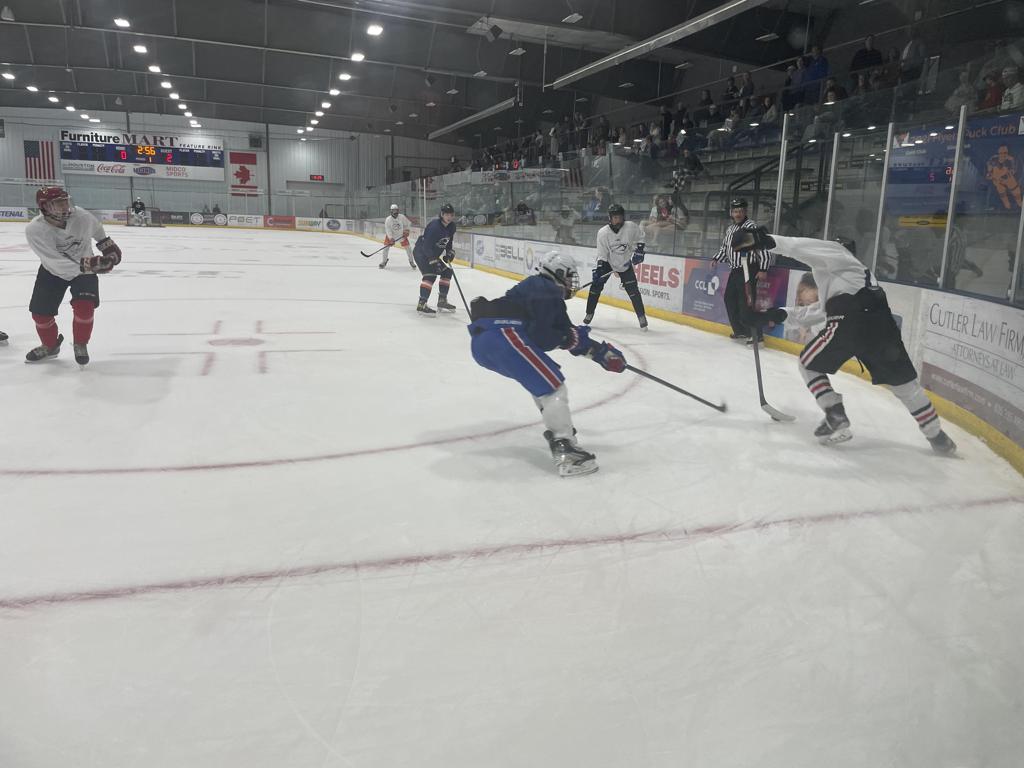