“We’re pretty happy with the way things turned out,” stated Stampede Head Coach/GM Scott Owens. “We think we addressed our needs, particularly at the forward position. There is still work to be done and tryout camp in June is the next big event for these guys, and for us. We’ve got a real big list to work from thanks to the hard work and dedication of coaches Nick Oliver, Rylan Galiardi and Brett Skinner through this whole process. We are pleased with the quality and character of these kids and can’t wait to see them on the ice for camp.”

The Stampede’s first selection came in the second round with the 22nd overall pick when they selected defenseman Max Crozier of North Vancouver, British Columbia. He spent this past season with the Nanaimo Clippers (BCHL) where he recorded 30 points (6g, 24a) in 49 games. The right-handed defenseman stands at 6-foot-1, 184-pounds and tallied two assists in six playoff games. He has already committed to play collegiate hockey at Providence College.

With their second pick in the second round (29th overall), the Herd grabbed forward Ryan Sullivan of Grosse Point, Michigan. The 5-foot-11, 180-pound right-winger recorded 58 points (26g, 32a) in 54 games with Selects Academy. He spent the previous two seasons skating with the Honeybaked Bantam Major AAA program.

The Stampede held the first overall pick in the third round and selected forward Mark Cheremeta of Parkland, FL. He spent this past season with the Islanders Hockey Club of the USPHL where he tied for the team league with 59 points (18g, 41a). The 5-foot-11, 179-pound left-winger went on to record five points in seven playoff games. He tallied 35 points in 45 games with the Islanders HC Premier team in 2016-17. He also appeared in three games with Muskegon that year and is committed to the University of Vermont for the 2019-20 season.

With their second pick in the third round (45th overall), Sioux Falls selected center Colton Kalezic. The 6-foot-1, 170-pound Toronto native posted 51 points (28g, 23a) in 46 games with the Toronto Patriots (OJHL) this past season. The forward has spent the last three seasons with the Patriots, tallying 114 points in 145 career games. He has already committed to Northern Michigan University.

In round four, the Stampede went for a goaltender and selected Chad Veltri of Fox Chapel, VA. He spent this past season with Corpus Christi, going 21-13-4 with a 2.30 GAA and a .930 save percentage. The 5-foot-11, 175-pound netminder spent the previous season with the Pittsburgh Penguins Elite U18 squad going 22-6-5 with a 2.02 GAA. He is committed to Niagara University for the 2019-20 season.

With their fifth round selection the Stampede stayed defensive and chose forward Jami Krannila from Nokia, Finland. In 46 games with Tappara U18, Krannila posted an impressive 65 points (24g, 41a). The 17-year-old stands at 5-foot-10 and 150-pounds posted two points in three games with the U20 team.

The Herd held the first pick in the sixth round and took Adam Tretowicz, a forward from Baldwinsville, NY. He spent this past season skating with the Buffalo Jr. Sabres where he recorded 48 points (28g, 20a) in 54 games. The left winger tallied six goals on the power play and added two shorthanded for the Sabres.

Sioux Falls also held the first pick in the seventh round and selected center Samuel Morton of the Wenatchee Wild. The Lafayette, CO native recorded 54 points (29g, 25a) in 58 games with the Wild this season. He helped lead the Wild to a BCHL championship with 25 points in 20 playoff games.

In round nine, the Herd went overseas to Karlstad, Sweden to select Andre Lee. The 6-foot-3, 187-pound left-winger tallied 36 points in 22 games with Farjestad BK J18. The Swedish forward has spent the last four years playing with various teams with Farjestad.

In round 10, Sioux Falls selected defenseman Anthony Follmer. The 6-foot-1, 162-pound left-handed shot posted 16 points (2g, 14a) in 35 games this past season with the St. Louis Blues AAA program. Prior to this year, the O’Fallon, MO native spent the previous two years in the St. Louis Blues program.

Sioux Falls selected forward Eric Linell. Hailing from Great Neck, N.Y., Linell spent the past season with Colquitlam Express of the BCHL. He scored 46 points from 28 goals and 18 assists. He played in 35 games with the Cedar Rapids Roughriders during the 2016-17 season scoring two points. Linell is committed to the University of Connecticut.

In the twelfth round, forward-turned-defenseman Wyatt Palmer dropped to the Stampede with the 177th overall selection. Palmer tallied 36 points (7g, 29a) from the blue line with Shattuck-St.Mary's Prep.

The Herd used their 13th round selection on forward Anthony Romano from Maple, Ontario. He is committed to Clarkson University and played in 40 games for the Aurora Tigers in Aurora, Ontario. Romano tallied 44 points (18g, 26a) over 40 games.

The Stampede selected another Finnish player in defenseman Valtteri Piironen in the fourteenth round. The 6-foot-3, 185-pound native of Joensuu, Finland, skated with Lukko U18 and scored 17 points (3g, 14a) over 48 games played.

Maxim Kouznetsov was the fifteenth-round selection, 241st overall, from Voorjees, NJ. He tallied 22 points (10g, 12a) with Team Comcast U18.

Sioux Falls rounded out their defensive selections with Zachary Uens from Belleville, Ontario in the sixteenth round. The 6-foot-1 blue-liner posted 18 points (5g, 13a) for the Welling Dukes in the OJHL.

All returning players, Phase I and Phase II draft selections will report to the Stampede Tryout Camp June 9–12 at the Scheels Ice Plex in Sioux Falls. The camp will feature over 100 players vying for a spot on the Stampede roster when training camp for the 2018-19 season begins in early September. 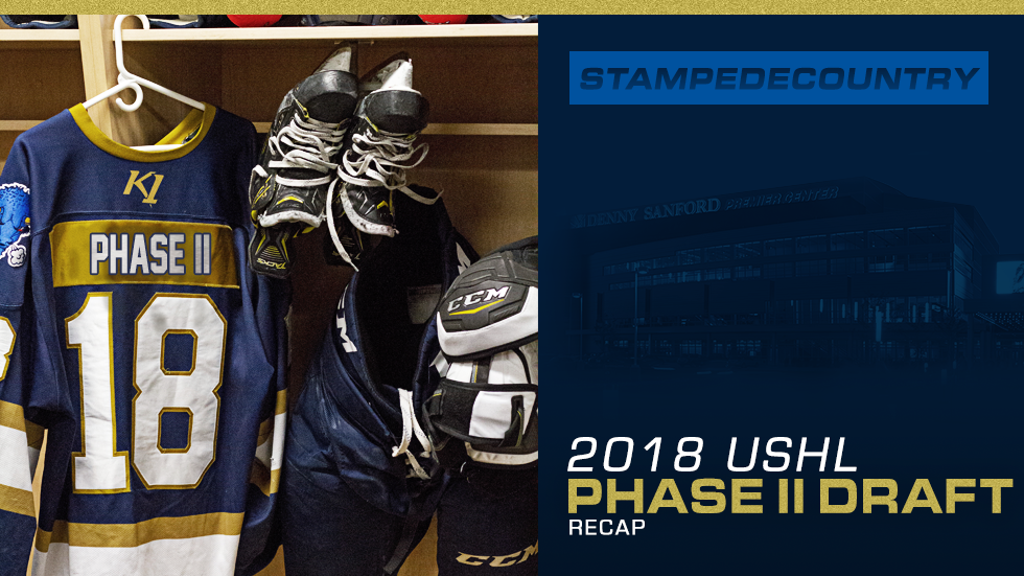 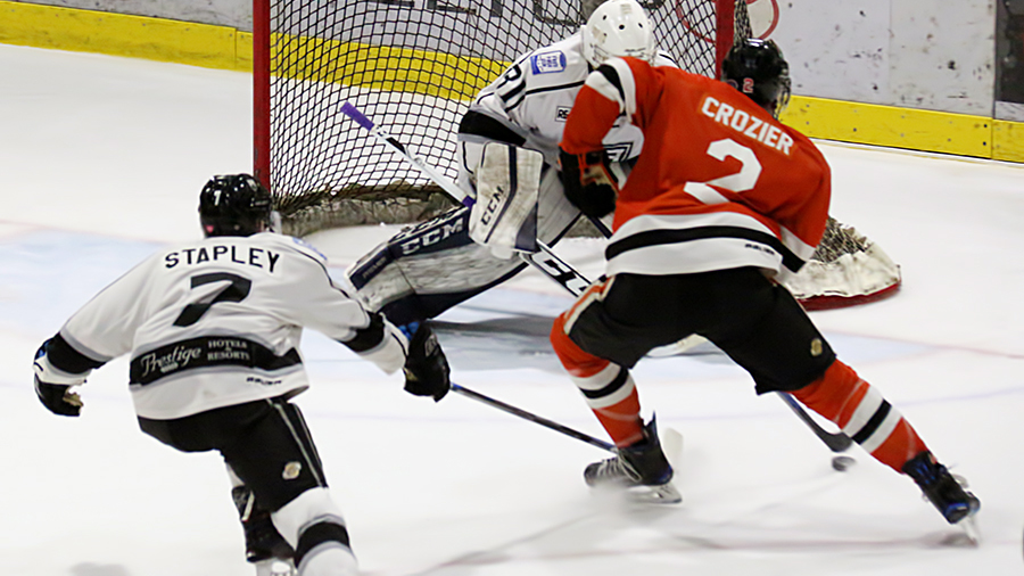 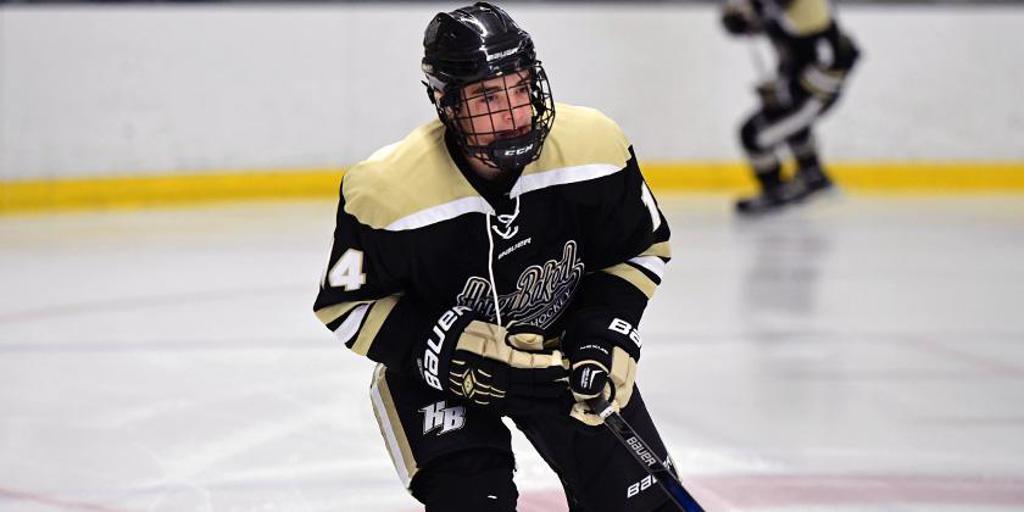 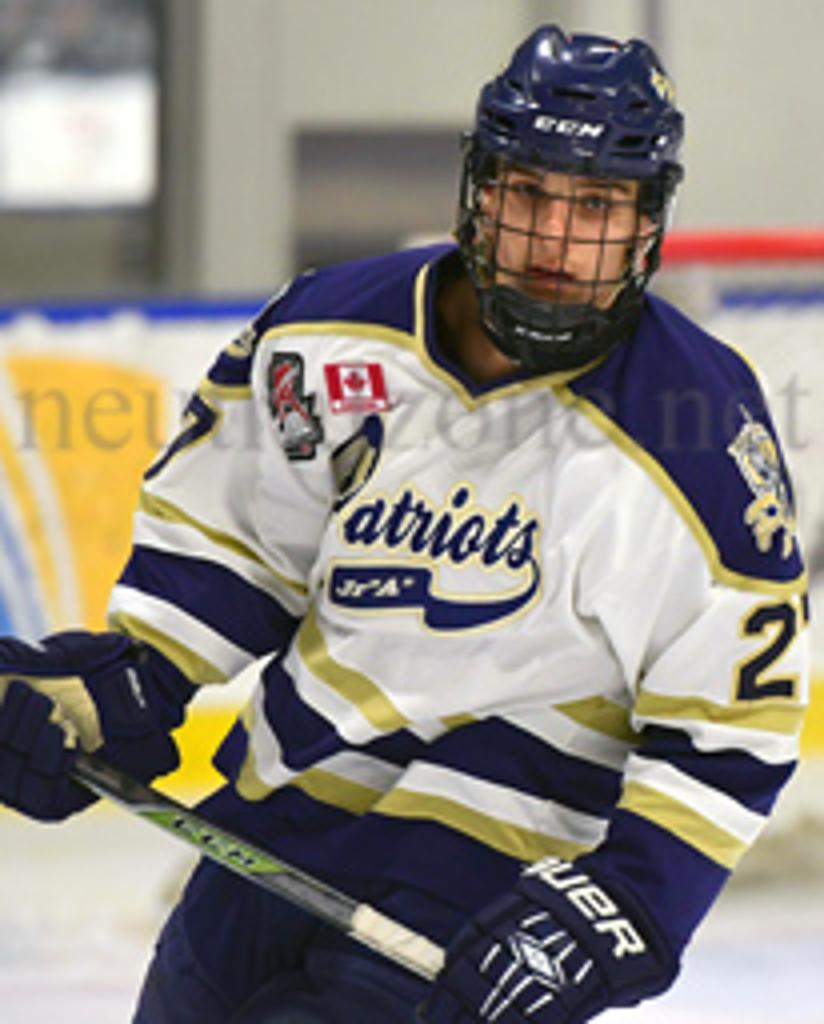